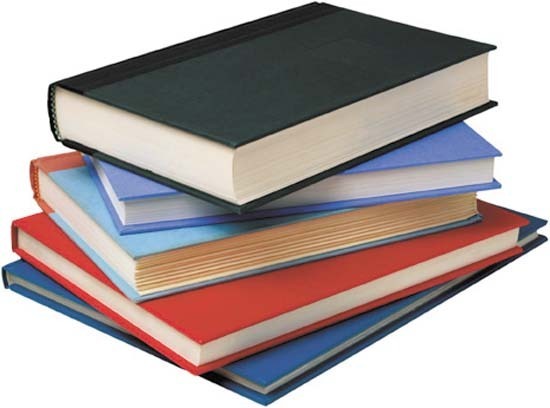 It’s finally Friday! Which means, for those of us who work office/school jobs, that it is almost time to taste a glorious two days of blissful freedom. We over here at It’s All Geek To Me feel like a small celebration is in order, so we have decided to start a column called Fave Five Fridays!

Each week we will have a new topic and list our Fave Five (in no particular order), as a fun way to start your weekend. Since fall is upon us, even if it doesn’t feel like it, we decided to kick things off with our Fave Five Books. Click below to check it out:

Fairy Tales are real, live in their own dimension and can cross between worlds? Please & thank you. I found this book through a kickstarter and was immediately drawn to it. It is by far one of my fave new discoveries, full of fairy tales, characters full of moral ambiguity, a kickass female heroine and Robin FRAKIN Hood. I couldn’t put it down, and while reading it actually found my heinous commute somewhat enjoyable.

2) The Fault in Our Stars by John Green

Despite the fact that I normally abhor sad things, I loved this book, so much so that I lovingly forced several friends and family members to read it as well. John Green, who I deeply admire as a human being anyways, wrote a near perfect love story.  It is beautiful and tragic and the perfect book to remind you that nothing last forever.

It’s been out of print for like FOREVER! Which is a travesty, I read it many, many moons ago and it is to this day one of my favorite books. Despite being a Murder Mystery, which you know means once you’ve read it once you know who the killer is, I have reread this book countless times. It is that good.

4) Pride and Prejudice by Jane Austen

My older sister is an English Teacher, and this has always been her favorite book, so I was introduced to it well before my peers. It’s a truly timeless story which has been told and retold so many times in so many ways, and I own many of them. I never get tired of finding new ways to explore how two both equally flawed people can fall in love.

Ok, so I get this is kind of a cheat, since technically it’s SEVEN books and I’m counting it as one. But come on, You can’t break them up! They are all so beautifully interconnected. The Harry Potter series began, just as I was verging on being a little too old for the first one, and if fact it was my English Teacher sister who lent my her copies of the first two books and told me I HAD to read them. And read them I did, I spent an entire night awake reading the second book. Despite being set in a magical world of Wizards and fantastical creatures, the books are so grounded, that you become emotionally invested. While reading the series I laughed, I cried, I full on ugly cried my way through the end of book six, I theorized. In fact it may have been the most discussion I ever had about a book outside of a class room setting. It’s something that will always stick with me.

1) The Giver by Lois Lowry

One of the first books I can remember reading after my Amelia Bedelia, Saddle Club and Misty Of Chincoteague days. This book made me want to read. I remember being instantly drawn to the character of Jonas and being taken away to a world where things were different. For the first time, my imagination was jump started and I haven’t forgotten that.

2) Me: Stories Of My Life by Katharine Hepburn

Just in case you had no clue, I adore Katharine Hepburn. Have since I was a teen. I can remember a teacher in high school handing me a VHS copy of Holiday with Kate and Cary Grant and thinking ‘who is that beautiful person?’ And she was beautiful till her last breath. Kate writes like she spoke: at a pace that, at times, is hard to keep up with. But she says what she means and means what she says. This book gives us a look at her life through her eyes. She tells stories about many of old Hollywood’s big names, about her family, the loves of her life, the sadness, her films and her career highs and lows. My favorite bit is on page 149, “Spitfire – Was a Southern sort of mountain spirit. Shame on you, Kathy. Then I went back to New York to do The Lake, a play. And again shame on you, Kathy. No good.” She was a gem.

3) Til The Fat Girls Sings: From an Overweight Nobody to a Broadway Somebody by Sharon Wheatley

When I was about halfway through this book (written by a Broadway somebody you may know from Cats or Avenue Q), I remember thinking to myself, ‘how did this woman live my life?’ Sharon Wheatley writes this memoir of her life up until she stepped out on the stage with the final company of Cats. She battles her weight her whole life (something I know all too well) and takes us through the emotions of it all. I adored this book, have read it twice and have lent it to many a friend. Well worth it. Especially if you’re a woman who struggles with body image (don’t we all).

Anne Elliot is the one and only literary character that springs to my mind when asked the question, ‘what literary character do you most identify with?’ Why? So many reasons. Of all of the Jane Austins, this is the least known IMO. When I mention it to Austin fans or even the casual classic reader, it isn’t on their radar. It is the quieter, less glamorous Austin novel which is why it is never packaged in a gorgeous leather-bound edition with its sisters. It is the forgotten Austin novel, much like it’s heroin. Anne Elliot is the child who was never doted on, always overlooked and often forgotten unless she was needed. The love story is probably more fierce than any of Jane Austin’s others. Once you read the book, go watch the BBC film with Amanda Root and Ciaran Hinds. Trust me.

5) Grania: She-King of the Irish Seas by Morgan Llywelyn

You have heard me mention The Pirate Queen at least once in passing. Most Broadway lovers have a particular show that is ‘their show’. EM has Rent and I have The Pirate Queen. This is the novel that The Pirate Queen was based on. And I adore it. Grannie Ni Mhaille, Grannie O’Malley, or Grace O’Malley as the English call her, was a real person. She was a pirate, a sailor, a captain, a lover, a mother and a leader. She broke gender stereotypes before there was a word for it. In short, she was a bad-ass and this fictional novel about a woman who really lived is a fabulous read. I have read it several times over, lent it to only those that I trust and absolutely adore it.