After a brief hiatus due to NYCC we are BACK! Bringing you our current fave TV lady BAMFs because that’s how we roll!

She’s called “The Calvary”. She’s a skilled martial artist, she’s pilot of a giant airship and let’s face she could prob kill you with a pen. She’s also willing to do whatever it takes to keep her team safe. That doesn’t mean she’s heartless though, she just knows how to keep it all in check.

The chick battles demons including Death itself. Even though she was slightly reluctant to becoming a “witness” to the upcoming apocalypse, she definitely has come into her own. She may not know all the lore, but she is quick witted & sharp on her feet, able to find the modern solutions to the ancient requirements. Need a witch to summon the sun in the middle of the night? Nope, we got UV lights now. AND she voluntarily faced purgatory for the good of world. BAMF.

Ok, so she may not be your traditional version of a BAMF, but here me out. Felicity is ridiculously smart & skilled. She has hacked into just about every database you can think of. And even though she’s not fearless, she is always willing to do what needs to be done to aid Oliver in his mission. She’s not helpless either, let us not forget she played a MAJOR BAMF-y role in taking down Slade Also-ly it takes a pretty BAMF-y woman to be able to walk away from someone she loves because they are refusing to offer her more.

Two words: Zombie pets. If/when the zombie apocalypse occurs, you def want her on your side. She may not be the most warm and fuzzy but is nothing if not driven, not to mention she is DEADLY with a katana. 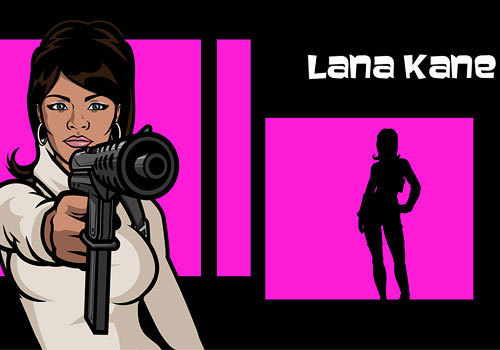 Hey, Cartoons can be BAMF-y too. She was a secret agent, and then when ISIS “folds” has to sell cocaine with the rest of the gang (Archer Vice) to support her soon to be born baby. Oh and about that baby? She wasn’t knocked up or in a relationship, she simply decided she wanted a baby, so she got inseminated. Talk about girl power. Plus did I mention she was a SECRET AGENT! She’s got mad skills. 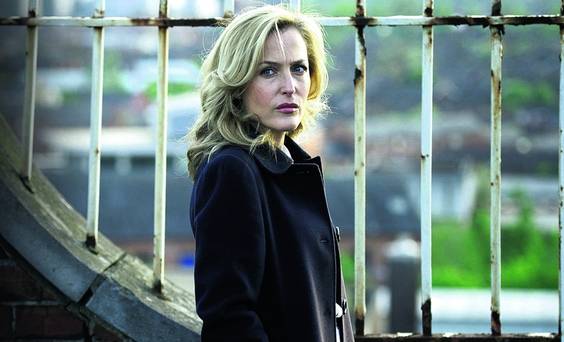 Possibly the most well written female cop on television. Stella Gibson is secure in her femininity while still being able to command a room full of men. She does it all in heels, a skirt (most of the time) and a silk blouse. She hunts her prey with skill and precision and still manages to not forget that it is okay to be a woman. She ranks #1 on my BAMF list for episodes 2 and 3 … watch it and you’ll know what I mean.

Carol has had the best arc of any character on The Walking Dead. She started life in this world as a scared house wife who would not do anything without her husbands say-so. Now, four seasons later, she has the strength to survive on her own and do whatever it takes to protect the people she loves. She has proven that over and over again even after being exiled from the group. With this season’s premiere there is no doubt in my mind whatsoever that she is on the BAMF list. 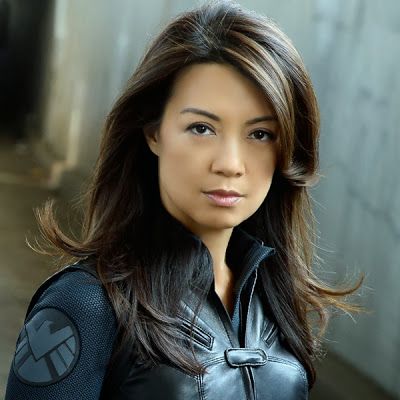 The backup, the cavalry, the muscle … Melinda May is all of these things. She is Skye’s SO, Coulson’s right hand and … well, she did screw Ward, but who can blame her? If there is some ass to kick, she is wearing the boots.

“Step one: pick a person to kill. Step two: kill that person.” Red is a boss. It helps that my childhood hero, Kate Mulgrew plays her, but it doesnt help that much. Red is the bad-ass of all bad-asses in season one of this show. She rules the kitchen and the prison by extension. Don’t get between her and her chicken.

A Dowager Countess is not what you think of when using the title ‘BAMF’, but Dame Maggie Smith is for sure playing the BAMF of the Crawley family on Downton Abbey. She has the best one-liners, she always gets the last word and she uses age as a reason to be as nasty as she likes. She runs the Crawley family whether they think she does or not and she also holds the deepest darkest secrets close to the vest. Do not cross her or hell fire will rain down.