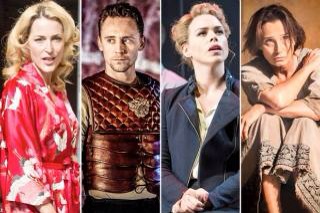 If you’re paying attention to London Theatre (as we diehard theatre peeps do), then you may have heard that the London Evening Standard Theatre Awards will be on November 30th. They will be broadcast live at standard.co.uk/showbiz. If you have kept your ears open, then you also know that some of London Theatre’s big names have been shortlisted for said awards.

On the Shortlist are as follows:

Ben Miles, Wolf Hall and Bring Up The Bodies, RSC Swan and Aldwych

Mark Strong, A View From The Bridge, Young Vic

With such illustrious names appearing at the awards, it is sure to be an evening of fabulous faces and nail biting tension. I’ll be tuning in, will you?

One thought on “And The Shortlist Goes To …”