Twenty years ago on this day, the Federation Starship Voyager got lost in the badlands and was transported 70,000 light years across the galaxy. Her crew lead us on a seven year journey that (for some of us) changed our lives and theirs. Now, twenty years later, we take a look at who they are, what they have done and where they have gone since. 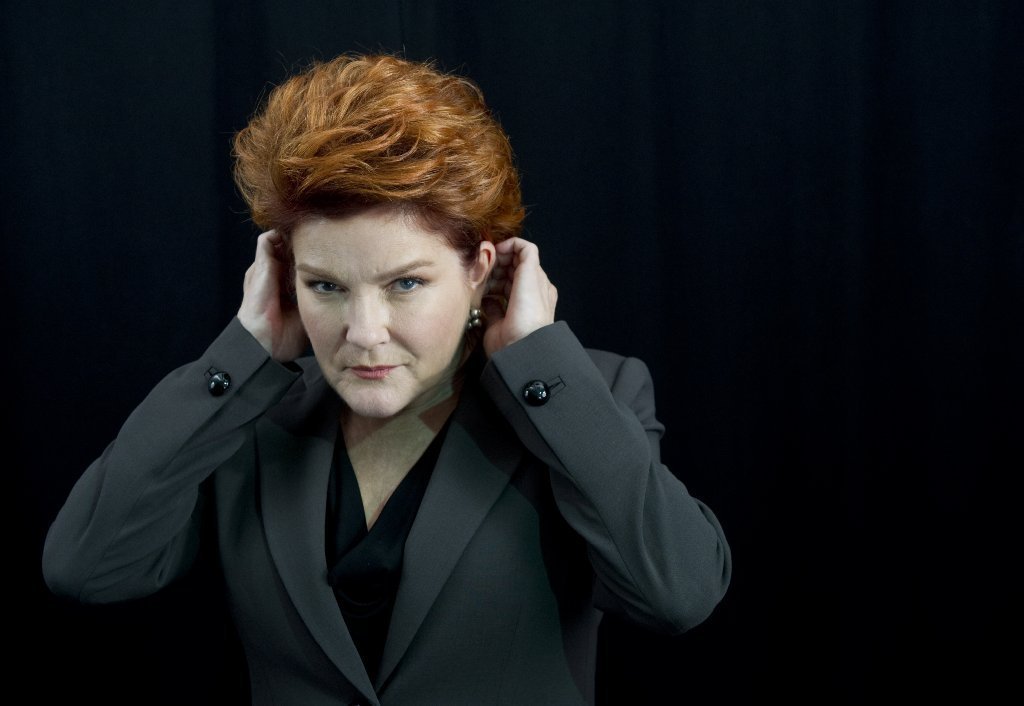 Kate Mulgrew who portrayed Captain Kathryn Janeway, has gone above and beyond the brass-pipped, stiffly uniformed Captain. Currently playing Galina “Red” Reznikov in the award-winning Netflix series Orange Is The New Black, Kate has had an extensive and varied career. Her TV credits include the short-lived series The Black Donnellys (2007), Mercy (2009-2010) and Warehouse 13 (2011-2013). If you are looking for something in the comedy category, go find episodes of NTSF:SD:SUV (2011-2013). Kate’s character, Kova, wears an eye patch and is obsessed with sex. Hilarious.

As I said, extensive. Kate’s 40 year career has lead her to all manner of character from the iconic fresh-faced Mary Ryan, to Captain Janeway, to Katharine Hepburn, to Red. Now, in the best years, she has written a memoir that spans her life up until the age of 45, right in the middle of her time on Voyager. ‘Born With Teeth’ tells the story of a woman who lived her life passionately and found the costs and rewards along the way. It should be available April 14 or can be pre-ordered from Amazon.com in multiple formats.

Robert Beltran played our favorite first officer, Commander Chakotay. The one-named tattooed Commander stood by our sometimes-reckless Captain and offered her the comfort of friendship on a ship full of subordinates. After taking off the tattoo, Robert’s career cooled a bit. He did a handful of guest roles on varies series, and starred as Jerry Flute on Big Love (2009-2010).

His list of TV Movies is rather meaty, including Manticore, Fire Serpent and Cry of the Winged Serpent.

Since 2003, Robert has collaborated with amateur actors in the LaRouche Youth Movement in performing plays and scenes from the plays of Friedrich Schiller and William Shakespeare. Along with his work for this organization, in 2009, he played the dual roles of Don Fermin and Older Eusebio in the American Conservatory Theatre staging of ‘Boleros for the Disenchanted.’

Roxann Dawson played one of Voyager‘s more volatile characters, Chief Engineer B’Elanna Torres. Since Voyager made it safely back to the Alpha Quadrant, Roxann chose to get comfortable in a big chair of her own: the directors chair.

Her filmography still includes a few choice roles since Voyager, including Linda Solis on The Lyon’s Den (2003), Mrs. Erica Palmer on Without A Trace (2004), and Detective Ortega The Closer (2011). While it is always lovely to see Roxann on-screen, her off-screen credits far outweigh her on-screen.

Robert Duncan McNiell who played Voyager’s pilot, Tom Paris also decided that the directors chair was a pretty good fit. Post-Voyager, he had a few television roles: Crossing Jordan (2002), The Outer Limits (2002) and Chuck (2012). His directing credits, however, are as extensive as his TV wife’s.

Robert also put on his producer hat on more than one occasion. For Chuck alone he has some sort of producer credit for 71 episode. He also co-executive produced 11 episodes of 666 Park Avenue. *low whistle* Go get ’em, Robbie!

Keep your eyes open, you never know where he may appear!

Robert Picardo played everyone’s favorite holo-doc on Voyager. Being activated after the human doctor was killed during Voyager’s transport to the delta quadrant, The Doctor had to adapt. Quite literally.

Unknown to me and, maybe, you, Bob directed two episodes of Voyger: One Small Step and Alter Ego. Pretty cool how many of our Voygers sat in the directors chair. Bob also has a writing credit for the Voyager episode Life Line.

Bob continues to be one of my favorites. Keep your eyes peeled for him. Like Ethan, you never know where he will appear next!

Tim Russ played Tuvok, Voyager’s Vulcan security chief and the Captain’s best friend (at the beginning anyway). Tim has a fun Star Trek past being that he was in an episode of Star Trek: The Next Generation and in the movie Star Trek: Generations before landing the role of Lt. Commander Tuvok on Star Trek: Voyager. He also stepped onto Star Trek: Deep Space Nine as Mr. Tuvok and a character names T’Kar.

Since Voyager made it home Garrett has had a few roles including Chow-Ping Yen in Into The West (2005), Commander Garn in Star Trek: Of Gods and Men, Captain Harry Kim (FINALLY) in Star Trek Equinox: The Night of Time (Filming) and Dr. Charles Hunter in Unbelievable!!!!! (Filming). I was lucky enough to sit through the Star Trek Equinox panel at NYCC 2014 and listen to Garrett speak about Equinox. I can’t wait for this project.

Jeri Ryan played Voyager’s resident Borg Drone, Seven of Nine. Her character’s growth was probably the largest of the series being that she had to re-learn humanity.

Jeri also opened a restaurant in LA (okay, who went??) in 2005 which later closed in 2010. She is currently married to chef Christophe Eme and has two children, Alex and Gisele.

Jennifer Lien played the sweet innocent Kes. Her departure from Voyager was probably the series’ saddest.

Since having her son Jonah in 2002, Jennifer has retired from acting and voiceover work.

Amazing what 20 years can do, isn’t it? Happy anniversary, Voyager cast and crew. You will always have a special place in my life.