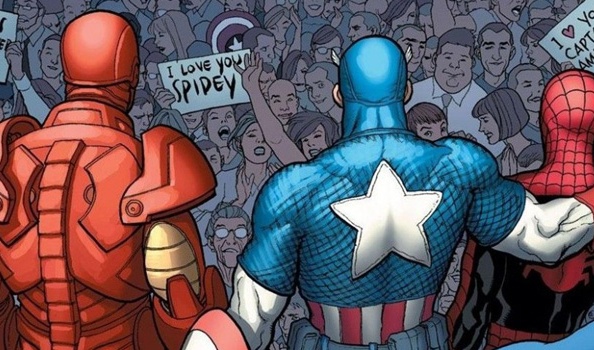 Basically, Sony has agreed to loan everyone’s fave webslinger to Marvel for before returning their own Spider-Man franchise. Which, you have to admit, is a pretty brilliant marketing strategy. After Marvel has been wildly successful, they made a talking raccoon and a tree beast marketable after all, and lets face it, Sony, not so much…Spider-Man 3 anyone?

It also means, that Marvel is pushing back some titles to avoid competition with Sony’s next Spider-Man movie on July 28th 2017, originally supposed to be up against Thor: Ragnarok, Marvel Studios have now pushed back the Norse God’s third installment to November 3rd, 2017. This means we’ll have to wait a little longer to see Black Panther (July 6th, 2018), Captain Marvel (November 2nd, 2018) and Inhumans (July 12th 2019). Luckily the next two Avenger films, Avengers Infinity Parts I & II remain at their scheduled release dates (May 4th, 2018 & May 3 2019 respectively).

Plus this opens the door, for more characters to be able to cross-pollinate the Marvel Universe and that’s just awesome. Adding Spidy to the roster opens up a world of possibilities in terms of story lines, and perhaps the Marvel/Sony alliance, as I have decided to call it, will lead to further deals in the future. I’m looking at you FOX.

So what do you think? Are you excited? Annoyed? Hit up the comments and let us know!

One thought on “Look Who’s Swinging into the MCU…”