Last week we brought your our Fave Five Romantic Pairings, but let’s be honest, romance isn’t the only kind of love.  Friendship is an important part of life. Family isn’t always blood after all. So click before to see our favorite friendships.

Fair Warning…there be SPOILERS AHEAD

From the very beginning they were meant to be inseparable. even the original casting notice described the roles as “It’s hard to talk about one without the other. If someone asks for “Fitz-Simmons,” it takes the uninitiated a moment to realize that’s two different people.” Which you have to admit is pretty awesome. Sure things eventually got shipy, as they often do on a tv show, but their friendship in the early days was so perfect. Which of course makes me miss it all the more nowadays. 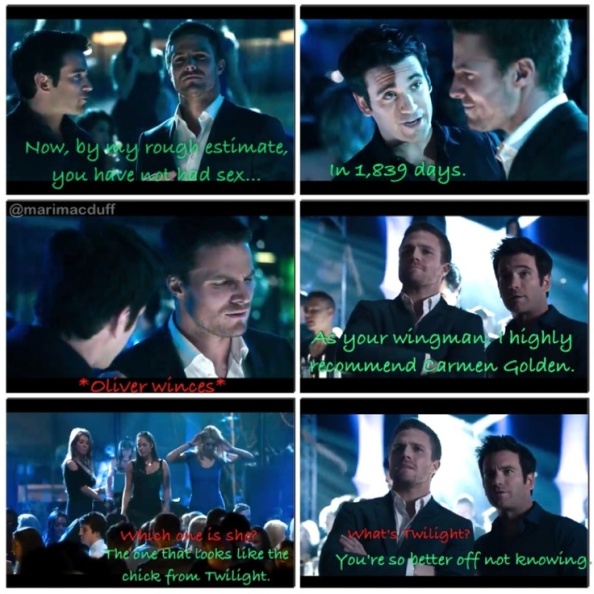 Okay, so hear me out on this one. I know that towards the end of season one, their friendship was not in the best of shape, but I honestly believe if Laurel had not gotten Tommy killed, that’s right I said it, that the boys would have worked it all out.How do I know this? Because they obviously loved each other, hold up shippers, I mean in a totally platonic brotherly kind of way. Oliver was tortured over the fact that he hadn’t been able to save Tommy, and in fact it was Tommy’s calling him a murdering that got him to stop killing. In flashbacks we are shown just how deep Tommy’s devotion to his best friend was, he even “borrowed” his father’s private jet and flew to Hing Kong to search for Oliver after an email revealed he may still be alive. He also took to looking out for Thea, confronting her about her drug abuse, and even trying although unsuccessfully to ban her from his birthday party due to her being underage.

Speaking of inseparable bonds, friends since childhood Shawn and Gus have the perfect of bromances. They are pretty much polar opposites and they bring out the best in each other. Gus is the sensible, nerdy, book smart one, who manages to ground Shawn. Where as Shawn is the charismatic, cool, wild card, who helps push Gus out of his comfort zone and leads him to have amazing zany adventures. Gus even packs up everything and quits his swanky new job in order to move to be closer to Shawn.

Full disclosure, Catherine Tate’s Donna Noble is probably my favorite New Who companion. This is probably due to the nature of her relationship with David Tennant’s Doctor. For the first time in the new series, and possibly the only one since, who is not attracted to the Doctor. Donna is very much her own woman, and while she is excited to be on this journey and loves the Doctor, she will not take crap from anyone. She is the Master of Sass and Ten loves her for it. 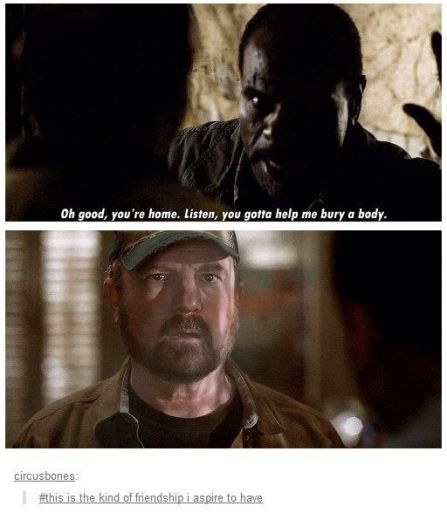 Not the most functional of besties, but there is true respect and camaraderie between these too. Sure Rufus may not be the kinda friend you send Christmas cards too, but he and Bobby definitely have a strong bond. In fact Rufus is the one who taught Bobby about hunting. A hunter’s life is full of death and loss, so it is important to hold on to those who are important to you, which is why when Bobby is in a coma trying to get back to Sam and Dean it is Rufus who helps him through. 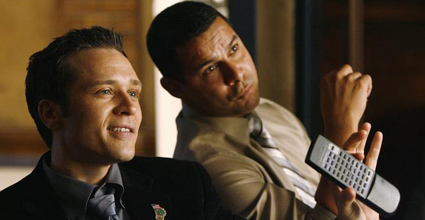 Quite possibly the best bromance on TV. I may be done with Castle as a show, but it’s characters continue to live amongst my favorites. Ryan and Esposito are more than partners, they are best friends. They help each other with relationship advice, they both stick up for Kate like brothers, they both care enough about the other to take a bullet for them. True bromance at its best. The quips and one-liners are an added bonus. 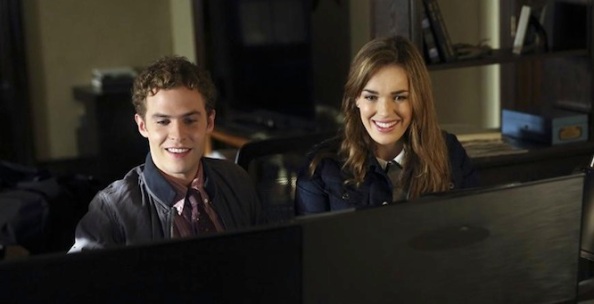 Man alive did I adore my Fitzsimmons when they were still friends and finishing each others sentences. They were adorable and lovable and the perfect scientific team against the bad guys. They prove that once love gets involved everything changes. I ship them quite hard right now, but I do miss their cute friendship.

More like a sister relationship, Kaylee and Inara’s friendship was and amazing relationship to add to a crew of men. The two women on the ship would naturally migrate to each other, but their sisterly bond is sweet. Whenever Inara leaves to meet another suitor Kaylee’s parting words are, “have good sex!” Typical little sister. And the way Inara will listen to her an offer advice is very much a big sister role. Joss Whedon writes such poignant characters. Love it.

Kate and Esposito always seemed to have a secret. Something about their friendship spoke of years on the force together, but once upon a time way back when something happened. That isn’t canon, so who knows if I’m right, however the way that these two are protective of each other and are there for the other when needed is beautiful. If you look at key moments for Kate (after she has been shot, thinking she’s lost Castle on multiple occasions, figuring out that she had feelings for Castle) Esposito is the one who tells her to open her eyes and that it will all be okay. I always thought that their relationship was fabulously fleshed out. I’m sure it still is.

A relationship that started as comrades in a fight against the Federation turned into a deep friendship. If anyone could read the cold exterior of B’Elanna Torres, it was Chakotay. He was her champion when Janeway needed a new chief engineer. He stood up for her when things got out of control and she stood up for herself. He even slightly pushed her in the right direction where Tom Paris was concerned. And vis versa. B’Elanna could read Chakotay like a book. She understood his quiet demeanor and knew how private a person he was. Their friendship was possibly the best and most overlooked of the series because it was shown on screen so infrequently. I know that it became a ship in the fandom, but, to me, they were always just two Maquis who told war stories over a drink in Sandrine’s.