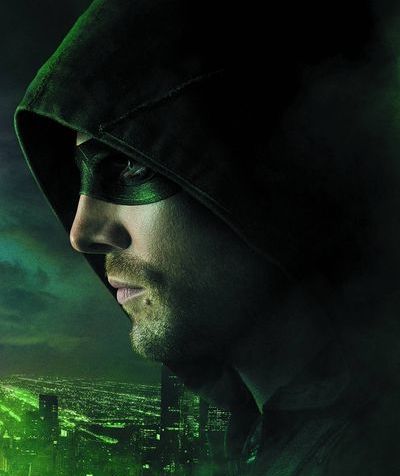 Let’s start with Mr. Terrific otherwise known as Curtis Holt. He is an employee of Palmer Technologies and Felicity is his supervisor. So … wait, she is going back to Palmer Tech next season? Or will this be a “oh this guy worked under her while she was there” type thing? We’re asking the same questions. He will be played by Echo Kellum.

The comic version of this character is named Michael Holt, an extremely intelligent Olympic-level athlete who joined the justice Society of America following the death of his wife and unborn child. So, we’re taking some liberties, but Arrow has done that with multiple plot lines and characters, so that is nothing new.

Along with Mr. Terrific, Arrow cast another villain, Anarky. Anarky was recently seen on the short-lived Beware the Batman cartoon series. He is described as “an elite criminal for hire.” Anarchy will be played by Alexander Calvert. Cool. Bring it.

One other piece of casting news, Damien Dark has a face. One of my favorites from the MCU, Neal McDonough (known to most of us as Dum Dum Dugan) is going to play the mysterious villain. I might be most excited about this casting, honestly.

(Via Den of Geeks)